Forging the Path of Leadership 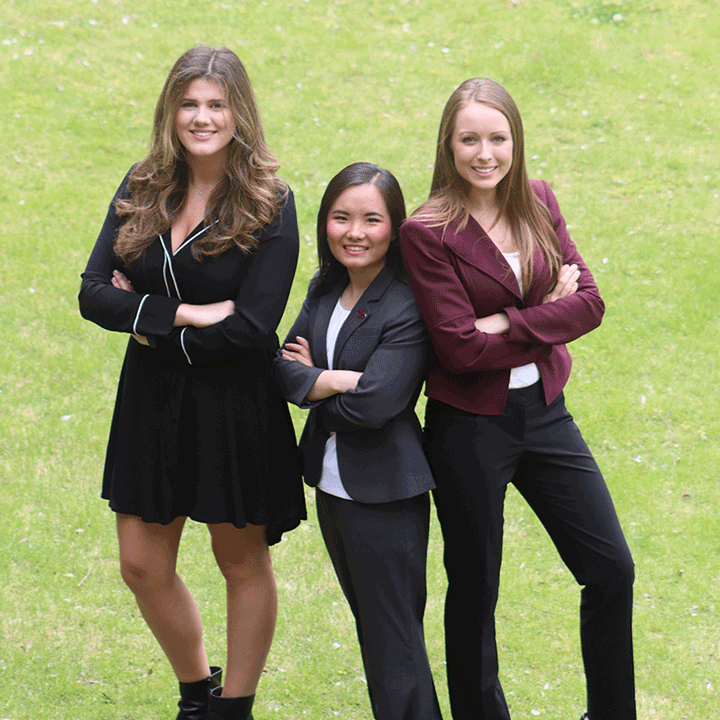 The Shackouls Honors College is home to a diverse and expansive student body. Being a member of the Honors College is about actualizing intellectual curiosity into visible and productive results. It is from this alchemy of education, expertise, support, and genuine interest that leadership is forged.
The three women profiled below – Gentry Burkes, Laura Herring, and Feifei Zeng – embody the very best of the ideals of the Honors College and the ideals of Mississippi State University. These three women – who hail from all corners of the globe – are a testament to the fact that the next generation of great leaders are molded in Starkville, Mississippi at the Shackouls Honors College. 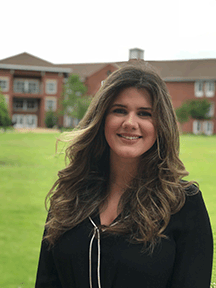 Gentry Burkes is a Los Angeles, California native with deep roots in Mississippi. In fact, everyone in her family attended college in the Magnolia State, which made the then high school senior commit herself to attending college anywhere but Mississippi.

“But then I visited Mississippi State, and I really liked it,” she said. “Then I met with Dr. Anderson and Dr. Snyder at the Shackouls Honors College, and they made me feel so welcome that I decided to come here.”

Burkes can boast a impressive list of awards, recognitions, and leadership roles she has earned during her time at MSU, including being named most Outstanding Freshmen at the Shackouls Honors College, serving as an officer in her sorority, serving on the editorial executive board of the literary magazine The Streetcar, and being designated to the President’s List for academic achievement every semester she has been in college.
Burkes is a musical artist and business owner. She is the founder and owner of StarkVegas, LLC, a music production company she founded as a freshman through a grant awarded to her through the MSU Entrepreneurship Center.
In the summer of 2017, she and her company produced a song for the Sunflower County Freedom Project, an after-school organization in Sunflower County, Mississippi. The song “Dreams and Nightmares” was written and performed by the group’s hip hop club.
“It’s the thing I’m most proud of accomplishing since I’ve been at Mississippi State,” said Burkes. “The kids wrote the song and sang and rapped the lyrics. It speaks to things that are important to them and their experiences and is just great.”
The song “Dreams and Nightmares” is available for purchase from starkvegasproductions.com, with proceeds benefiting the SCFP.
According to Burkes, the mentorship, academic direction, and support she received through the Honors College helped her not only grow as a leader but understand that her goals and aspirations were attainable.
“I remember talking to Dr. Anderson about my idea to start a business and rather than look at me like I was crazy, his reaction was, ‘Okay, let’s figure out how to make it happen,” she said. “The support and encouragement I’ve gotten through the Shackouls Honors College has given me the confidence to understand that I can follow any path where my passion might be.”
Burkes plans to finish her degrees soon in English and history, but her true passion is music. In the summer of 2018, she will begin an internship with noted music critic, Dr. Anthony DeCurtis. DeCurtis is Distinguished Lecturer at the University of Pennsylvania and has written for Rolling Stone magazine for more than 30 years.
“I want to work in the music business when I get older, and I’m hoping he can give me some ideas,” said Burkes.

A Voice For the Voiceless 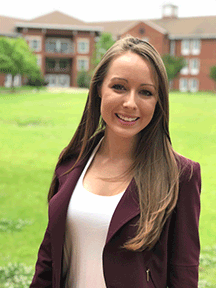 The child of a military family, Laura Herring attended four different high schools before coming to MSU.
Herring, who is an International Business major, is an aspiring diplomat who has already spent time studying Spanish in Madrid, studying international policy in Turin, Italy, and interning for the U.S. Consulate in Milan.
Perhaps her most notable achievement is the founding of the No Lost Generation chapter at MSU. No Lost Generation is an international refugee advocacy group focusing on the human rights crisis in Syria. Through the organization, Herring has proven a tireless advocate for refugees and is committed to educating the community about the problem.
“I really became interested in the Syrian refugee crisis after my study abroad experience with Cornell in Turin, Italy,” she said. “When I returned to Turin after my first summer there I began working with the Women and Children Migrant Center, and I really saw the things refugees are forced to go through in a forced migration situation.”
As an extension of her efforts in this area, she has developed a simulation refugee camp exhibit, which is designed to give people a glimpse into the reality and hardship a refugee must face. Not only has she presented the exhibit at the University, but she has also taken it to other Mississippi schools.
“When I first heard about the No Lost Generation group, I knew it needed to be at Mississippi State, and I knew that I could be the one to bring it here,” she said.
Herring recounted what she has learned and witnessed from her work as a refugee advocate in her essay “No Lost Generation in the Deep South: In Vital Lifelines: How College Students are Reenergizing Refugee Relief,” which will be published in an upcoming collection by Rutgers University Press.
“It is important for women to take leadership roles, especially in the areas of refugee and migrant concerns, because there are so many specific issues within these areas that directly affect women,” said Herring.
According to Herring, the experiences and support she has received through her Honors College mentors have provided her with both the inspiration and resources to evolve into an effective leader.
“There is never anything that is impossible through the Shackouls Honors College,” she said. 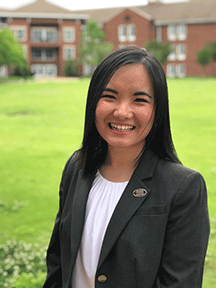 Feifei Zeng is without question one of the most energetic, recognizable, and involved members of the MSU student body. A transfer student majoring in International Business, Marketing, and Foreign Language (with an emphasis in Spanish and Supply Chain Management), Zeng embodies the ideals and values of the Shackouls Honors College.
Her path to MSU is anything but conventional. Born in China, Zeng and her family migrated to the city of Treviso, Italy when she was 11 years old. She later came to the United States to attend Carl Albert State College, a community college in Poteau, Oklahoma. There, she became heavily involved in the Phi Theta Kappa Honor Society. It was during a trip to the Phi Theta Kappa national conference that she met an admissions counselor from MSU.
“I was unfamiliar with MSU, but the admissions counselor made it seem so enticing,” said Zeng. “So I visited the campus and fell in love with it. After I finished my studies in Oklahoma, I decided to continue my studies at State.”
Common wisdom suggests that transfer students often have a hard time transitioning to a four year university, not so for Zeng. During her relatively brief time at State, she has taken advantage of nearly every program offered by the Honors College. She has studied abroad in Turin, Italy. She has attended conferences and studied at Harvard, Stanford, Peking University, and Princeton. She has been a member of the Honors Council, studied abroad again at the University of Oxford, and was named the Honors College 2017 Transfer Student of the Year.
At Harvard, she was chosen as MSU’s Campus Ambassador for the newly formed Harvard Undergraduate Women in Business. Through her efforts, she was able to raise nearly $13,000, which allowed for 23 MSU students to visit Harvard and take part in the Women in Business program.
“Women’s empowerment is a big passion of mine,” said Zeng. “I have been blessed with many supportive female mentors during my time at State.”
Following her Harvard experience, Zeng became a founding member of the organization MSU Undergraduate Women in Business.
“Our goal is to make a positive impact on campus,” she said. “We want to prepare the next generation of businesses leaders through mentorship, leadership opportunities, and exposure.”
Only six months old, the organization is now 100 members strong. Zeng remains the president and driving force of the group.
“The earlier women can learn about empowerment and the earlier we can learn to support one another the better,” she said.
Zeng has also been named MSU Senior Homecoming Maid, earned the Spirit of State award, and won the prestigious President’s Commission on the Status of Women Student Leadership Award, of which only two are given each year.
Zeng lays much of her success at the University at the feet of the faculty and staff of the Honors College.
“The people in the Honors College have never said, ‘We will tell you where to go,’ instead, they say, ‘Tell us where you want to go, and we will help get you there,” she said.