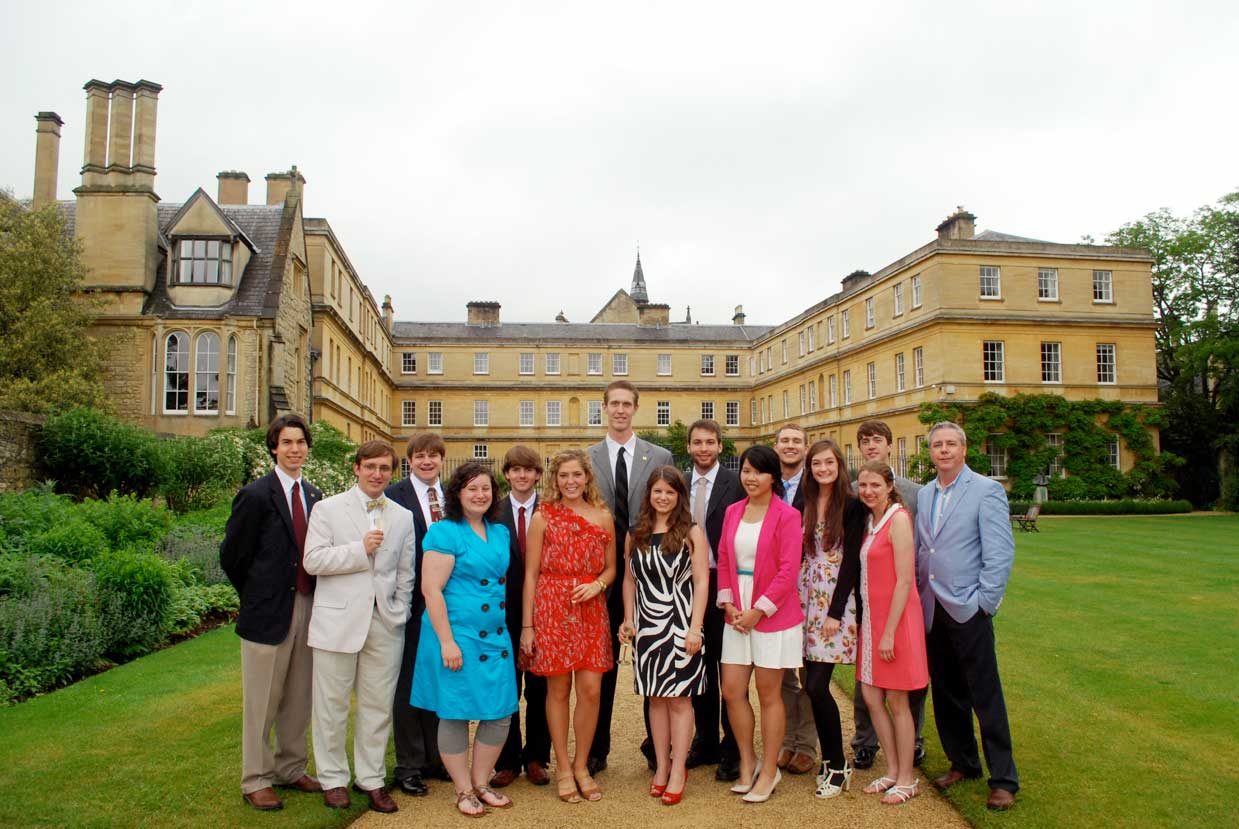 Shackouls Summer Study at the University of Oxford

Most study abroad programs emphasize the broadening of cultural horizons for American undergraduates, but often this comes more from the social than the academic. Furthermore, the academic curriculum is often simply American style courses offered in an international setting. The Shackouls Summer Study at the University of Oxford is a highly selective program that affords the most academically qualified students with a true Oxford experience and scholarship support. The program runs each year for six weeks, from mid-May to late June, and is limited to fifteen MSU honors students. The Shackouls Oxford Program includes the following features not found in most other study abroad programs:

While a short summer program will offer flexibility to most majors, some students will elect to spend an entire term in Oxford taking four or more tutorials with Oxford faculty in one of the aforementioned colleges.

The application deadline is February 15.